Berlin is a wet city. It rains a lot, and it has numerous rivers, lakes, and streams, a sampling of which we have included in photographs. On average, the water table is merely 8 feet below the surface. This means damp basements that can flood or grow mold.

Ironically, the Germans have been serious water conservationists for the past 20 years, despite how lush their country is. Subsequently in places like Berlin, the reduction in water use and reduced population has partly contributed to the rise of the water table. To offset the rising water table, Berliners would have to increase their water consumption by 50%, a geologist stated in the Wall Street Journal recently.

What this means is that sometimes parts of the city stink (as any large city is wont to do), because there is not enough water flowing through the sewers to thoroughly flush them, and the sewage begins to stagnate. Though also partly to blame, the engineers who built the sewer pipes in the city built the pipes larger, in anticipation of increased water usage and population growth in the city. 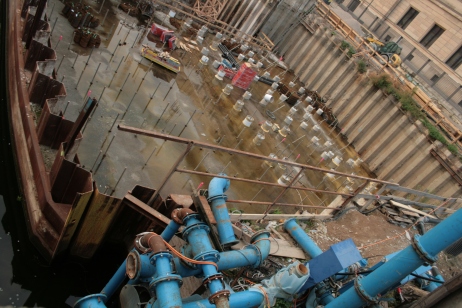 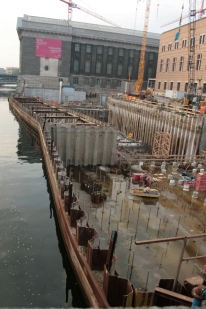 Nevertheless, with all of the lakes, canals, and rivers, finding beauty in Berlin requires little effort. One encounters a park or nature or water very quickly in Berlin–an important juxtaposition for any urban jungle. For example, on a beautiful, sunny Sunday in October, Sarah and I rode our bicycles 20-minutes to Weisser See, where we had a picnic and I went swimming. 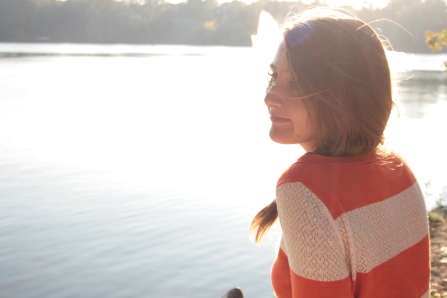 Swimming in Wasser See in October, 2014 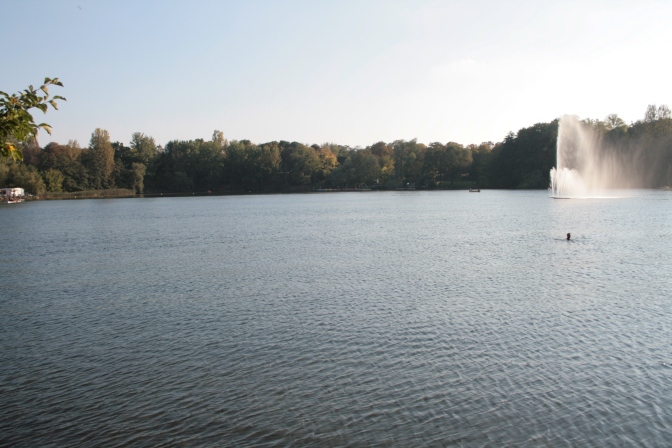 Perhaps the downside is that the city feels wet, humid, at all times. One evening, Sarah and I could not distinguish whether it had rained recently or not, because the dew was so abundant. 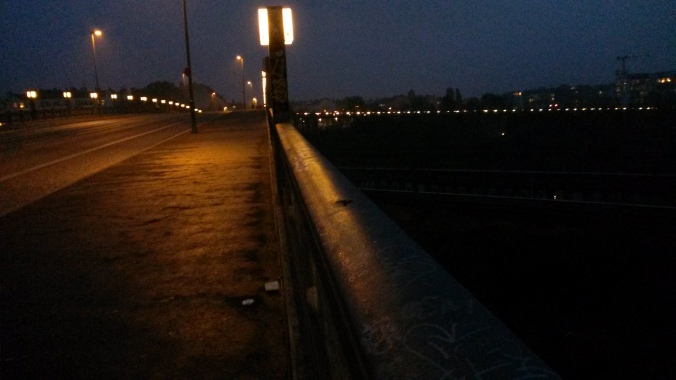 Overall, the humidity is good for many things. It insulates Europe from the cold (Berlin is 52-degrees North, approximately 10-degrees North of Detroit!). Additionally, I estimate the high humidity could be ideal for the making and curing of salami. While I am neither equipped nor ready to experiment making salami, at least I can hang it in my apartment until I research this further. 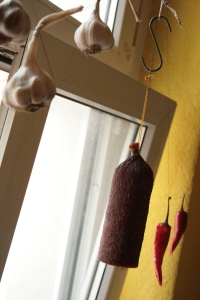 Garlic, Salami, and Chilis Hanging in the Kitchen

While I have learned that peanuts in the shell (the peanut is Sarah’s basic staple, I think) will soon become soft in this weather, we look forward to discovering the climate here as the year progresses. Overall, there are lots of lovely things to do along the many rivers and canals in Berlin. 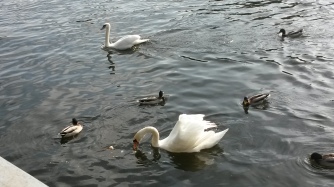 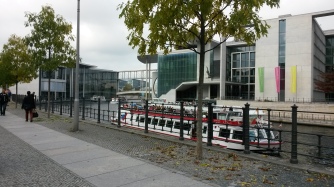 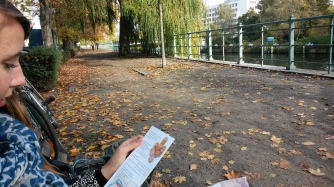 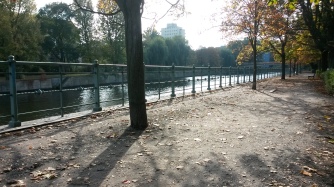 Museum Island in the background on the left. 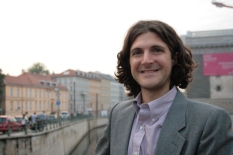 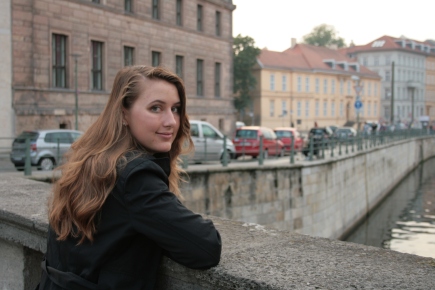 We look forward to discovering more about the city and it’s connection with water throughout the city (in the air, on the surface, and in the ground).